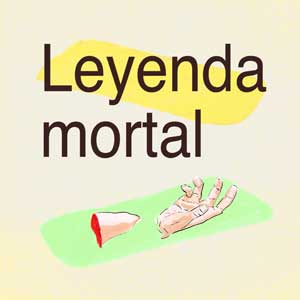 Translated from Spanish by Kit Maude

The girl’s name is Lina and she works in an ice cream parlour at an airport. One morning, seeing that they’ve almost run out of pistachio flavour, she decides to open a new container and in that container she finds a human limb sticking out of the synthetic tropical green slab.

You can’t hallucinate in containers of ice cream, but you can in dreams. The fingers sticking out of the green ice cream are thin and elegant while the elbow is sturdy. Lina takes her discovery back home with her. It’s an hour and seventeen minute train journey to the suburb where she lives—a cubist residential nightmare. And because her flatmate is away for a few days, Lina leaves the sticky limb in the girl’s bedroom without washing it.

Lina is shy but enterprising. On Saturdays, she tries to create a new version of herself in a large club on the outskirts of town. She believes—she both believes and makes herself believe—that she can force herself into a gang led by a well-built young man with a shaven head. An urban primitive, he is both despotic and violent. Intimidated by the brutal politics of the gang, Lina is more alone than ever as she dances to the electronic beat. Youthful behaviour. A mixture of foamy beer, crazy hand movements, samples, screams and saliva. But now, in the privacy of the cubist niche where Lina sleeps there is a body fragment in the wardrobe, perhaps a symbol or allegory for another world, defrosting. Is it maybe waiting for her?

So, when over the next few days she continues to find limbs and organs—a stomach in the zabaione container, a brain in the raspberry container along with a closed eye that she doesn’t try to open out of respect, but also cartilage, thumbs and several parts that don’t seem human; the pituitary gland from a cow, an old purse; and finally a solid within a solid: clotted blood fused portentously with the ice cream. Lina dutifully takes it all back to her flatmate’s bedroom piece by piece, building her collection.

Obviously, the fragments don’t stink and they don’t whisper, but they do exude a kind of incipient agitation. A will, maybe.

Days of deferred experience behind the counter at the airport ice cream parlour, the humiliating outings to the club. Lina realizes that nothing that can be made out of these fleshy remains will resolve her enigma, or ever be truly finished. But Lina dreams and in her dreams the entrails and limbs she has found in the containers of ice cream are stains on a cloth, or underwater flora and fauna in the spring light, or a desire to exist: a pure, invented figure, an icon of varying meanings, a monster, a story; the salvation of all human children, a reminder that a wonderful, dangerous, alarming continuity exists between the world and the imagination. (Lina doesn’t realize this. Lina dreams in coherent, if mutable, silhouettes, as though she understood the wishes of the remains.)

Over the next few days, she brings home new finds. A fairly clean humerus. Ligaments—and a barely touched linen shirt! A gluteus, ganglia. Lina puts them together but instead of organizing them, randomly piles them up in the wardrobe.

A nose that looks as though it’s made of cork.

A tongue that resembles a clam. Buttons.

That’s it. What else do you need?

One afternoon, just as she sits down on her bed with lipstick and a little mirror in hand—the oven is on the other side of the room, opposite the bed—Lina hears the door to the bedroom open. A man is standing in the weak greenish light.

A man. He has come together not entirely symmetrically but in broad strokes, the outlines of his face look as though they’ve been scratched out from thin air. He’s dressed! His torso is too large for his incipient spirit; his parietal bones are slanted, his feet—Lina is afraid to look at them—look as though … Oh, it’s hard to describe him. But the man creaks a little as he moves; his elbows and hips, and even his eyelids when he blinks. He has a rustic virility and something in his gaze, something bashful and sentimental: his true self. To cut a long story short: he thanks Lina and tells her that her longing and the demure care with which she handled his body parts have brought him to life. Or better put, the monster tells her, have brought him back to life.

Thrilled, Lina tells him that he can’t stay at home: not now, her flatmate will be back soon.

I wasn’t planning on staying, he replies. I am subject to your wishes. They spend a long, indescribable time sizing each other up. And then the man leaves, released, strengthened by acceptance. He moves in clumsy, wobbling steps, a body disappearing down the stairwell—that night the block of flats will smell of boiled broccoli. Lina’s eyes are blank and the lipstick is still in her hand. Is she regretting how harsh she was?

The story continues with the—let’s call him remade, or, even better: reassembled—man wandering around the cubist neighbourhood, his silhouette out of place but compelling in the polluted air. It soon becomes clear, or at least it becomes clear to Lina, that he is protecting her. The skinhead leader of the club gang, entirely oblivious to these events, continues to give orders. The club, apart from the dancing and groping, is a hotbed of submission and vague conspiracies. Couplings are debated and relationships are more or less allocated: the young gang has imposed an order to counteract the decadence of the West. Lina rejects the partner to whom she is assigned—a rather unattractive bodybuilder—her rebellion leads to a fight and the boss hits her.

Then, as though someone had changed the spotlights, like a patch of air slowly solidifying, the reassembled man appears. Quickly dealing with the leader of the gang—who wasn’t evil, just insanely ignorant—he rescues Lina and takes her home. He escorts her, giving her his arm like a gentleman.

Lina invites him up, he accepts the invitation and they have a drink of whatever they can find in the flat. Everything seems to be pointing towards a kind of consummation, but what form it will take remains to be seen.

In the weak light given off by the inadequate seventy-five watt light bulb, the reassembled man is ruggedly luminous. But his enormous hands—which don’t match—look like smooth, natural gloves.

Lina, kissing him, or rather leaning back after kissing him, nods towards the bed. She thinks she owes him, and it’s not as though she isn’t turned on.

But then the reassembled man sits down in a chair and allows himself to stumble through an explanation in his inarticulate way.

The thing is, I charge, he says. That’s how I earn my living, he tells her, pointing at the bed. It’s a profession. I’m not proud of it, but I only come back together to earn some cash. I have to get by.

This doesn’t mean that I don’t like you, he interrupts her, or that I’m not grateful.

Anyway, he says, if you ever forget me, I’ll fall apart again but this time there won’t be much chance of my ever coming back together … I wouldn’t find it upsetting so much as disappointing. And uncomfortable.

And the conversation continues on those terms, or in that tone, until dawn, with an irritating sexual tension throughout that is never resolved except … Except in the glow from the light bulb—as though the filament were becoming more resistant—and in the paths of Lina’s thoughts; trachea, pistons, kidneys like wet beans, stains that adorn desire and make it solid enough to use as furniture. Dreams can have a useful immediacy.

But the reassembled man has to earn a certain amount of money before he can disintegrate once more into different containers of ice cream or any other form of storage that will keep lethal decomposition at bay. He is trying to move towards an amorous relationship that won’t deepen the scars: a brief, solid, resonant, nourishing relationship. His profession is an ancient one. Dead people kept in limbo by desire. The reassembled man knows that the young women who put him back together from time to time are no guarantee of survival. Their imagination rarely fails to notice flaws; gaps, in the virility of the man whom their desire brought to life. Plus, they don’t like to pay and he’d rather not judge them for that.

So this is the end.

In the saffron dawn the reassembled man gets up, creaking, holds out his hand to Lina, then gives her a kiss—at the corner of her mouth, scraping against her teeth—and leaves without another word.

Lina doesn’t try to stop him.

Soon, Lina sort of thinks, the man will be a protective haze wandering the alleyways and, in my dreams, a dance of ever more symbolic body parts.

To keep from crying when, looking back over the past few days, she finally realizes what has actually happened, she stops herself from looking out the window.

And goes to bed still in her clothes.